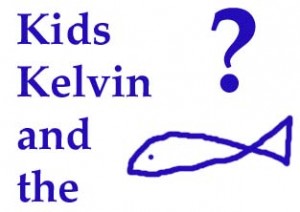 At the start of 2011, the Clyde River Foundation decided to design a logo for the Kids and the Kelvin project, but our own efforts were so woeful that we thought it best to leave it to the creative powers of the many budding artists in schools around the Kelvin river catchment.

We announced a logo design competition and sought entries from participating schools. We also promised that selected designs would be showcased on this page and one talented entrant will have their design used as the logo for the project.

We have already received some great entries so we thought it would be nice to show them off here. If any schools would like to submit some last minute logo entries it’s not too late. We’ve extended the deadline to Friday 15th April. But that really is the deadline…!

In the meantime, enjoy a wee browse through a few online galleries that put the Tate Modern to shame!